The bestselling historical novelist, Alison Weir, gave a talk to members of Historic Royal Palaces at the Tower of London last night to mark the announcement of her upcoming fiction series on the wives of Henry VIII, which will be published by Headline.

It was quite remarkable listening to a talk titled The Six Wives of Henry VIII: A Monstrous Regiment of Women in the atmospheric surrounding of the Chapel Royal of St Peter ad Vincula – with three queens of England Anne Boleyn, Catherine Howard and Jane Grey buried nearby.

Their headless bodies were buried under the nave or chancel without memorial until the 19th century when remains found in the nave were re-interred in the crypt. 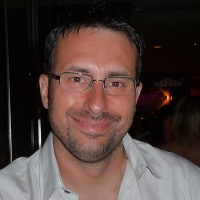 about the author: Phillip (PJ) Norman

PJ is a CIPD qualified learning and development specialist who has delivered personal development and managerial training to professionals within the fields of medicine, broadcasting, retail and publishing – across three continents. Ten years experience has equipped him with the ability to identify and create learning solutions to many of the problems people now face in their working lives. Having provided online management and coaching to authors on how to navigate the world of new media and marketing, PJ is acutely aware of the demands that writers contend with in the marketplace today. His knowledge of training best practice is teamed with a talent at creating punchy, interactive workshops and seminars – making PJ perfectly positioned to bring author-focused learning solutions to the heart of publishing.

This site uses Akismet to reduce spam. Learn how your comment data is processed.

Author Profile is the brainchild of Phil (PJ) Norman, who has a learning and development background of fifteen years, and Justin Somper, independent book publicist and bestselling children’s author. Working with PJ and Justin are a number of industry professionals, eager to share their thoughts and tips on the inside track.